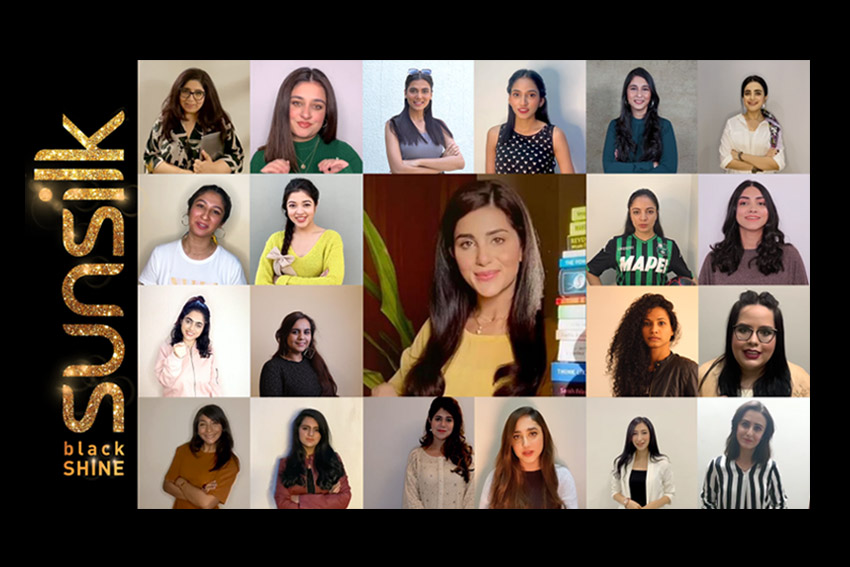 Even today the idea of girls working and fulfilling their dreams and aspirations is often met with road blocks created by society. Pressured to stay in a box of what is culturally acceptable and expected of them at the cost of sacrificing their professional and personal ambitions is a reality that touches most girls albeit to varying degrees. On December 8th Sunsilk embarked on a campaign partnering with influencers from diverse backgrounds to fight this mindset with real inspiring stories. These girls posted black and white photographs of their backs turned with their hair styled just the way they like it followed with detailed personal stories that included their struggles and how they climbed their way to the top despite what anyone said.

Whether it was a career choice they made or simply wanting to live out their dream- these girls raised their voices to let the world know you can be whoever you want to be! Girls from all walks of life participated in this campaign from Sports girls, Doctors, Actors, Models, Journalists, home based entrepreneurs and influencers to many more. It was an immensely inspirational journey to hear their stories and see how they rose from these challenges.With this, Sunsilk revealed its #ShaanSeShine campaign and what it means to break barriers. These are real girls who can impact the rest of the country in a positive light and encourage girls everywhere to be brave and fight for their dreams. The response on social media has been tremendous in admiring the efforts of the brand to create awareness about this extremely important issue. During these dark times when people need uplifting content like this, Sunsilk #ShaanSeShaan was perfect for setting the right tone and inspiring other girls to achieve their goals and dreams.

Need to Dress Professionally, Semi-Formally, Casually or for Your Wedding; Rici Melion Has the Best Off-The-Rack Men’s Suits!