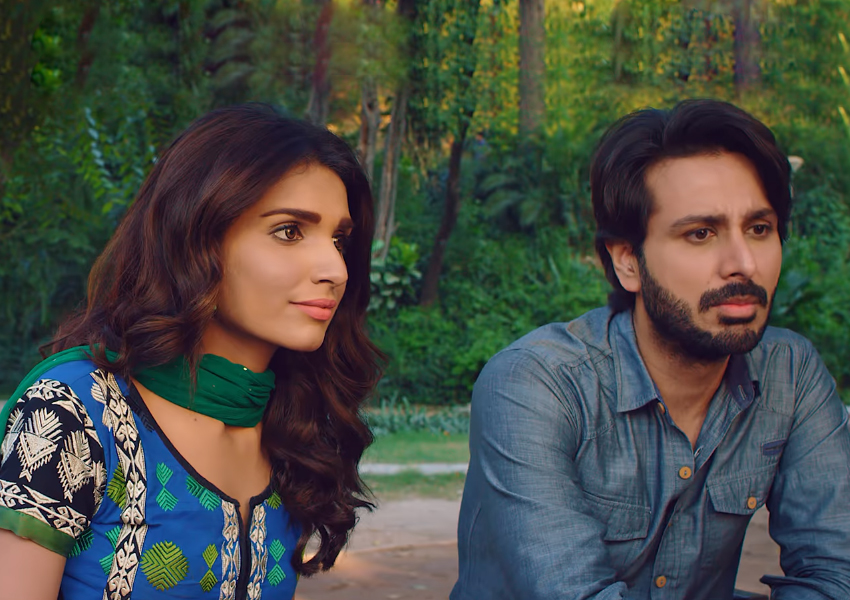 Amna Ilyas and Faisal Saif Brighten Up Our Day In Dekho Dekho!

We’ve been keeping an eye on the latest from the upcoming film Ready, Steady, No! since their trailer launch in April. The film promises to  be a quintessential romantic comedy, possessing the right mixture of humor, suspense and of course, love! Hisham Bin Munaver’s film stars the talented Amna Ilyas and Faisal Saif as the title characters who fight for love in the most funniest way possible! Their new song that debuted just yesterday, Dekho Dekho, has got the right amount of feels to make one feel all loved up!

This music video is packed with starry gazes, fun exchanges and poignant moments. It’s an instant ear worm, because of the soft guitar that accompanies Hisham Bin Munaver and Rahma Ali’s soulful voices. Amna Ilyas’s feminine expressions as well as her childlike grin throughout the course of the video is what constantly caught our attention. From her attempt at riding a bike to running towards a dormant car, her actions highlight the light hearted comfort that one feels around their soulmate. Faisal Saif’s infatuation shines through in each frame as his gaze follows hers! Suffice it to say, this music video has us excited for the film’s release on the 19th of July! Scroll down to watch the video!

What’s In Store: Natasha Kamal’s Luxury Pret Collection Is on Our Must Have List For The Summer!

Style Notes: 5 Nomi Ansari’s Wedding Wear Looks That Will Put You In A Festive Mood This Wedding Season!

What’s In Store: ‘Saaz’ By Shamaeel Ansari, An Ode to Heritage Couture!