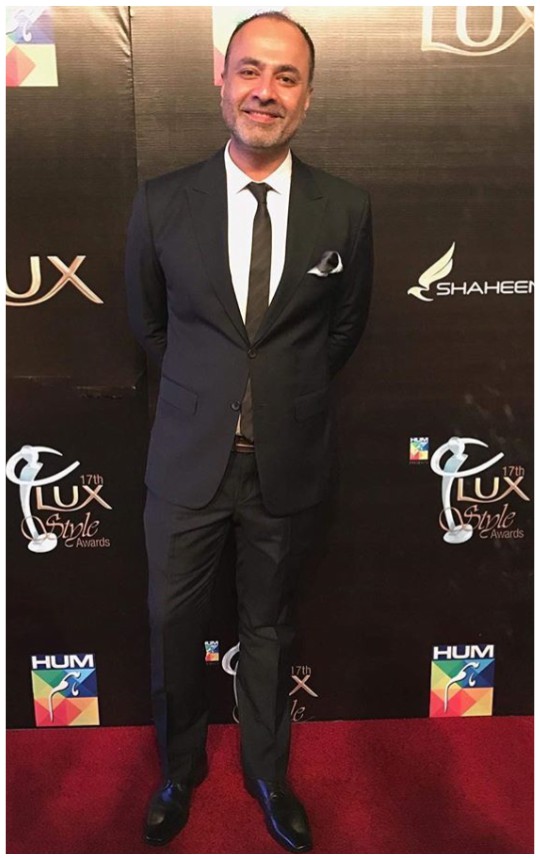 The Secret Word: Deepak Perwani Gets Candid On The Pakistani Fashion Industry!

Deepak Perwani started his career at the mere age of 20 in 1994 with a menswear line and has since continued to dominate the market for Men’s formal, bridal, and casual wear. In 1996 he launched his women’s wear line comprising of formals and bridal couture. Evolving over the years; Deepak manages to reinvent his style and dishes out designs that are for the urban contemporary woman; chic and modern with a touch of traditional elements.

We sat down with the man behind fashion powerhouse Deepak Perwani recently for an in depth interview on his thoughts and opinions towards the Pakistani fashion industry. Where he thinks it’s going, what the designer thinks we lack as an industry, accolades we’ve made and so much more. Scroll down and check out the complete interview below: 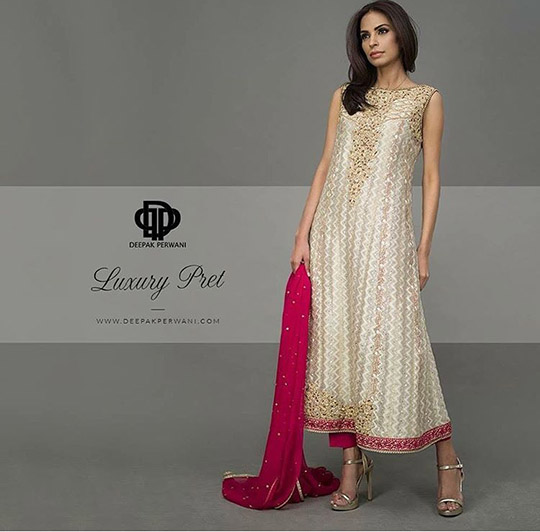 Being such a huge name in the Pakistani Fashion scene, what do you make of desi fashion on a global stage?

I think desi fashion on the global stage is fantastic, to pretend that we could do a better black dress would just be a fallasy and would be quite ridiculous. We specialize in desi wear and that is where our prevailing markets have been for not just me but most Pakistani designers. Over the years; we’ve looked at desi fusion which i think Pakistani designers do brilliantly. The silhouettes are more international than local; a mixing of prints can be done but other than that it’s a great market to be in.

Do you see a change in “the Pakistani man” in terms of fashion consciousness?

I think the Pakistani man is a very well dressed human being. A little laid back in Karachi because we live in a city by the sea so the weather doesn’t allow for wearing jackets, suits and ties stuff like that- though you do see that kind of fashion in corporate wear all the time. As far as Lahore and Islamabad are concerned i find they dress up a lot more than we are in terms of cities and people do take care of what they look like. 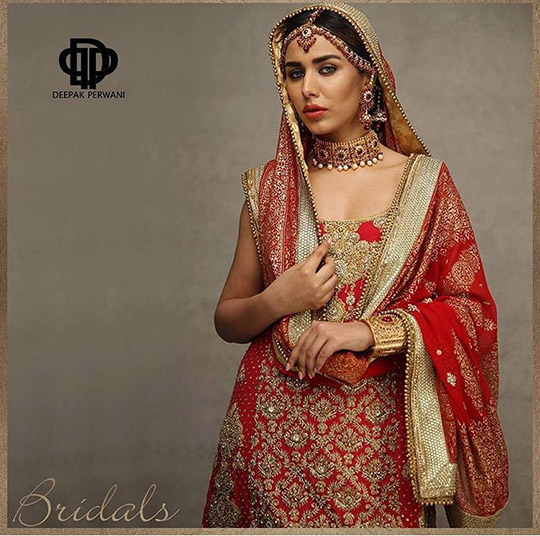 What excites you about Pakistani Fashion?

The fact that we’ve come this far that quickly; i think all we’re waiting for is that one Pakistani designer to just push themselves forward and suddenly there will be a main stream identity to Pakistani fashion. We’ve already seen the influence of the kurta, the kameez, the shirt, the peshawari chappal on the international arena. We’ve also seen prints including Pathani prints on bags from designers such as Balenciaga. So what we see is fashion always comes out of art; from the least expected countries. So Pakistan is foreign for the general land and we are kind of curiosity for them- India has been done to death in terms of inspiration so has China and French fashion and English fashion and there will be a time when the west will look at Pakistani fashion for inspiration. 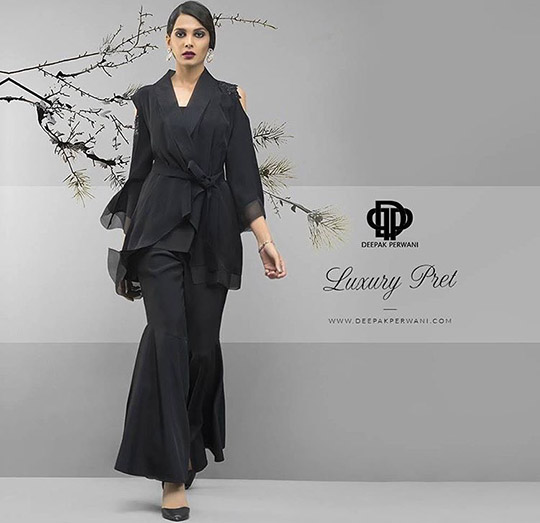 What notable changes have you seen in male and female fashion within the Pakistani wedding over the years?

I think they’re both equally fashionable so I’m not going to say the man is not fashionable but i do wish and sometimes think that Pakistani men need to wear a little more color other than the off-whites, beige, black, blue and grey; it would be nice to see them in a little bit of color you know across the border in India we get to see a lot of colors that people wear and we don’t so much over here. As far as the Pakistani woman is concerned she has always been classy and sophisticated and always know which shoes to wear. 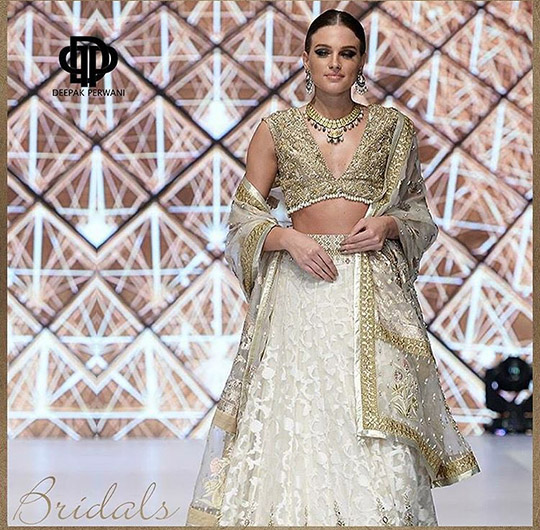 How would you say you design sense has evolved?

I think over the years my design sense has become more classic; more whimsical and we’ve always had room for experiment- it’s classic it’s mature we know what we’re doing. We’re not perplexed by the shift of constant change in design; we were never a traditional design house and we were also never highly modern- we were always traditional contemporary and we’ve managed to stay true to our roots. You’ll find a little bit of western influence in design but the silhouettes always remain classic. 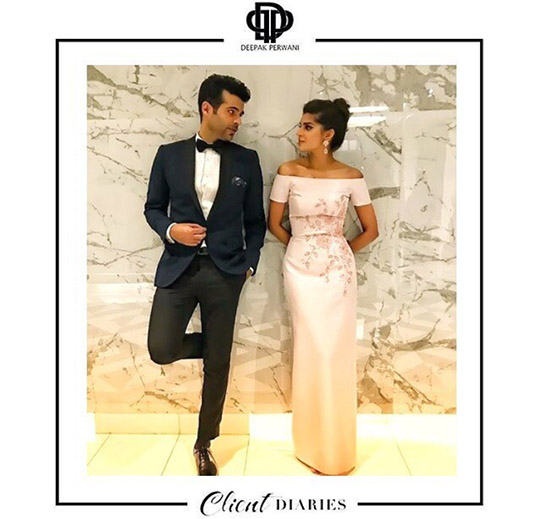 Which foreign designer would you want to do a collaboration with?

If this was 2010 i would say thank you Dolce & Gabbana for taking inspiration from my Milan collection but that’s okay! Before that Dolce & Gabbana did not do color and did not take inspiration from Italy; then suddenly their design philosophy changed! But if i wanted to collaborate with someone i would say the new designers at Maison Valentino- they’re doing great work, it’s fabulous. 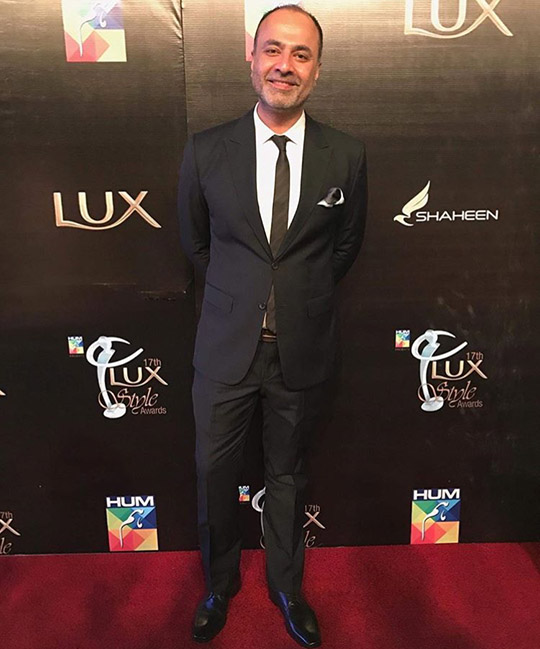 What’s one thing our fashion industry is lacking?

Professionalism, I think a certain sense of individuality, massive herd mentality so women think if it looks good on one woman then it’ll look good on you and that is not necessarily how it works in general. A certain sense of preservation- we’re not looking at art or the old textiles; we’re constantly looking at modern influences. India tends to preserve their art form so the kaantha, phulkari, dying stitches and crafts- the market is so versatile and huge over there. Here I find everyone is jumping on the same bandwagon so there is a lot of clashing and designs look similar. 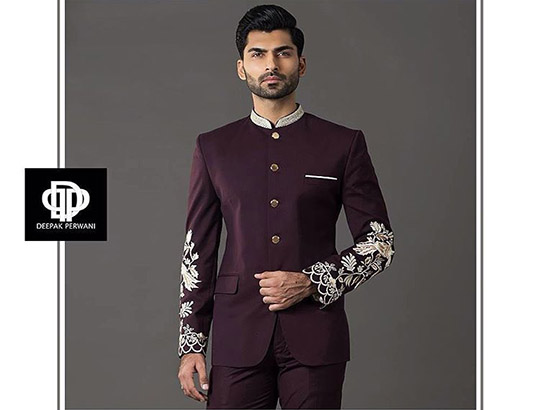 What was the fashion industry like when you first started designing?

It was so much fun! We used to have a lot of fun as far as fashion is concerned and it wasn’t so much about selling and making money it was about pure creativity. I used to do the wackiest clothes and the wackiest shoots; in 1994 i was doing PVC and plastic- now if you ask me if I see fashion moving forward I would say no, I see it regressing because individual styles are lost in the noise- everything is just flowery, pretty and in general visually appealing but all the same it’s either in gold, silver, peach or coral and that’s about it. 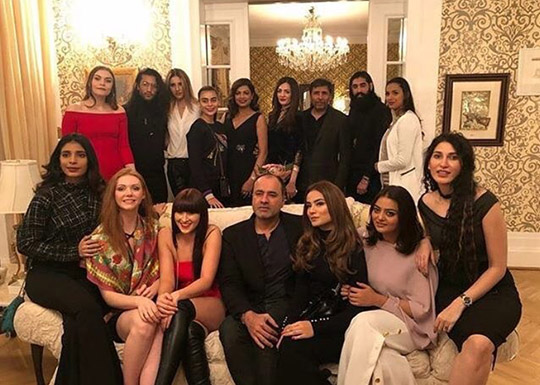 Do you think the Pakistani fashion industry has changed for the better or worse over time?

On the retail front it’s changed for the better- that was the entire objective of Pakistan Fashion Council; when we first started. I still remember back in those days a designer came and asked me why I’m doing this- we’re only going to end up creating competition for ourselves and though I might agree with her wholeheartedly; we’ve also built an industry we’re not entertainment we are the business of fashion and ten years down the line we can all be very proud of ourselves and say this is our contribution to the Pakistani economy- be proud of what we’ve managed to do to the retail industry that nobody could have done. As far as moving forward in terms of design is concerned- you see less experimentation than you did back in the day; not everything has to be retail friendly. Can designers please stand up and do something out of the box!

What advice would you give all the new and upcoming designers?

Stick to your own personal style, what you know and what you’re good at- something you think you can sustain for the next two decades of your life; don’t be confused and stop looking at Pinterest and Instagram it will destroy your life; it’ll destroy those cells you have in your creative mind. Stick to you and you will shine; I think we as a country are very open to new design; if somebody does it and it’s good then people rush to it, they buy, they support the designer and that’s the beauty of fashion and being in the creative arts so stick to your game plan and you will shine automatically.

What's In Store?: 10 Ways To Spruce Up Your Interior Space With Marina Home This Spring!

What’s In Store: 6 Pakistani Gym Wear Brands You Need To Shop From Now!