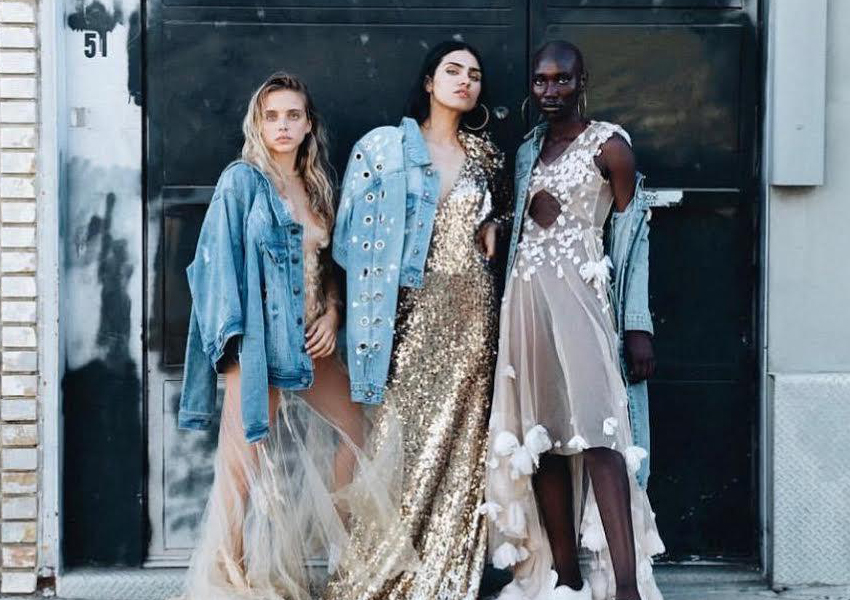 While the world has seen a huge amount of activist movements unravel, one that has truly hit a chord with various communities has been the Black Lives Matter movement. It has allowed us to look within societies and dissect little by little, what one can change and learn to be more accepting and mindful of the injustices surrounding them. One of the industry’s very own Roshanay Afridi partook in the Vogue Challenge which has been widely circulated. From being an international model to working with black models, she talks about her experiences and what she’s taking away from the movement along with the black owned businesses she’s choosing to support. Scroll down to check out more!

1. As an international model, you’ve worked in various campaigns. Tell us about your experiences in working with black models.

The black models I’ve worked with have always been professional. They bring the same passion and same talent bar none. The only thing that baffles me is that when I go on set they still don’t get the same treatment as other models would. This is in relation to them not having the appropriate color range of foundation for them or not having a hairstylist that knows how to work with black hair. It’s 2020, and you’re telling me we can launch a rocket into space but can’t have basics like this, come on.

2. Tell us some of the black owned businesses you’re lending your support to in LA?

There are some brands that are already well known such as Rihanna’s Fenty beauty and Pat McGrath’s make up line. However, there are plenty of local brands that cover not only make up but skincare, beauty, jewelry, clothing and home decor.
I have been supporting brands such as Klur, omathelabel, wearproclaim, sincerelytommy, thekoopnyc to name a few. I think it is a great initiative to support your local black businesses. There is a saying “put your money where your mouth is” and see how it makes the biggest impact.

3. The Vogue Challenge that is currently circulating around, are you hopeful it’ll achieve the awareness it deserves?

Social media is a perfect channel to give way to black talent that is currently underrepresented. I believe it will help pull forward/give space to BIPOC more so than not doing this challenge. However, I hope in the process of doing this people don’t forget the essence of it and why it was started in the first place.

4. As an ally, what are some of the things you’d say to someone unfamiliar with the BLM movement?

The Black Lives movement was set in motion due to police brutality which resulted in the murder of George Floyd. A man arrested by a police officer who placed his knee on his neck eventhough Floyd repeatedly kept saying he couldn’t breathe. The police officer ignored his pleas and ended up suffocating him in broad daylight on camera and killed him.
This is absolutely not the first time that this has happened. There is institutionalized racism in America which causes disproportionate incarceration, arrests, death, lack of opportunities, lack of representation in the media, discrimination to just name a few. Plenty of deaths have occurred without any arrests for countless black victims. This has been going on for far too long and the time is now to change it. We can not wait any longer.

Also if you’re thinking, how does this apply to me? Well it starts at home. Talking about black people and calling them “kaala” which is meant in the most derogatory way. This degrading of a human being based on their skin color starts at home. When we promote skin whitening products. When we don’t let our children play outside in the sun due to the fear or getting a darker complexion. We as a people treat each other based on the amount of melanin produced by our skin. Not by our merits, our morals, our achievement, our kindness but based on something that we do not have control over. Think about that and how this type of inequality is just as present at home as it is abroad. Intrinsic racism that is translated into inequality for many.

5. Tell us about this shoot you chose for your Vogue Challenge picture?

This was for a clothing brand we had shot initially in Venice Beach, California before Covid. The photographer, Natasha Wilson, often works with people of color. She always does justice to the concept and does not lighten anyone’s skin or change their faces to look more Eurocentric. We all wore similarly beautiful outfits by Michelle Hebert but all from different backgrounds. Ronis, Casimere and myself were all free to express our beauty in our own way.