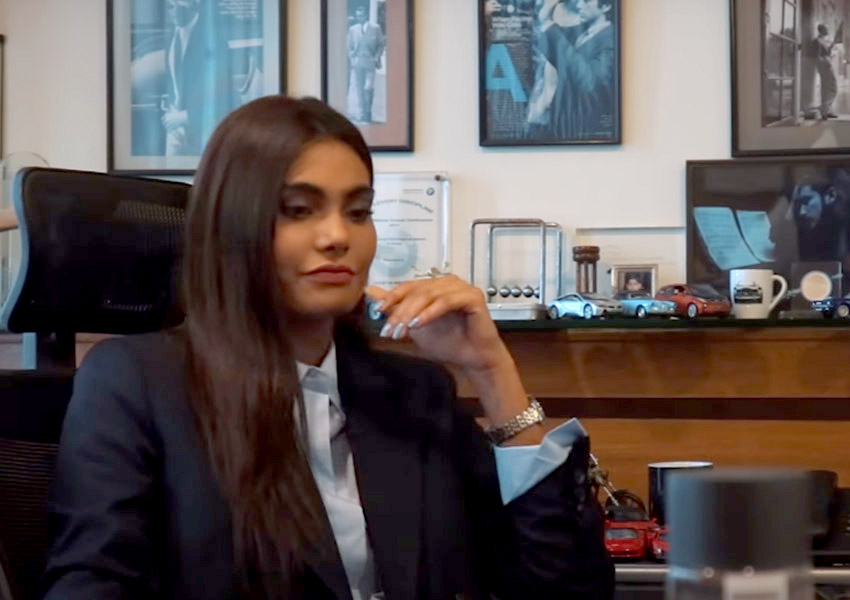 The fashion and entertainment industry was shocked by the untimely passing of one of the country’s supermodels – Zara Abid. Since the news, eulogies and various materials began to pour in from close friends to colleagues and people who had the chance to work with the model in her short time. From recently winning her first award for modeling, it was known that Zara had promise and was willing to go the extra mile for her craft. What many might not know is the late supermodel also wanted to pursue acting, and her first project had been released posthumously. Sikka is directed by Ahmed Sarym and is narrated by Saba Qamar’s calming voice. This short film depicts parallel life’s of two women who are different but similar in so many ways. Hence the analogy of two sides of a coin. Scroll down to check out more!

In The Spotlight!: Maryam Motiwala Of Emm’s Bakes Shares Her Passion For Baking!

In The Spotlight!: Nine Places For Fathers Day Gifts!


With Father’s Day coming up it’s time to check out what new things to give him. Whether it’s something sweet…


If there’s one thing Mahgul has strived to achieve, it is making whatever concept or product focused on sustainability. From…

In The Spotlight!: Seven Bakeries To Satisfy Every Craving!


With the current situation, cravings for all the treats are going in all directions. One minute there’s a sudden urge…

In The Spotlight!: Five Restaurants With Speedy Delivery!


With the current situation and quarantine still ongoing, it’s never a bad idea to treat oneself once in a while….

In The Spotlight!: Alishay Adnan Keeps It Interesting With Virtual Styling!


Keeping in mind the current situation, there have been many things one has had to get used to. From virtual…

Style Notes: 7 Luxury Pret Looks By Momina Teli That Will Never Go Out Of Style!

In The Spotlight!: Alishay Adnan Keeps It Interesting With Virtual Styling!

Style Notes!: The Tale Of Dawn By Maria B Releases!