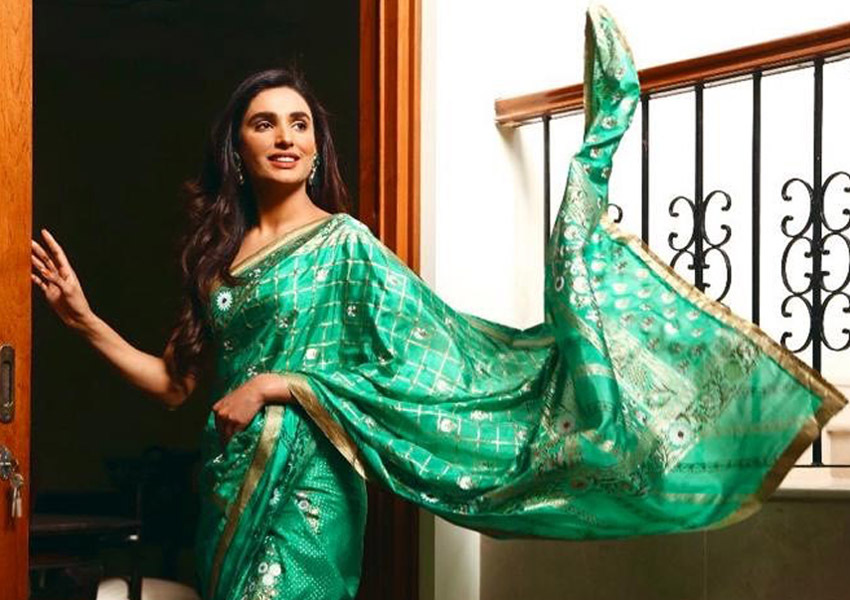 In The Spotlight! Amna Ilyas Set To Take On The Theatre Stage!

From gracing the runway with her feminine charms to lighting up big screens with her versatile talent, Amna Ilyas has grown into one of the industry’s multi talented celebrities. The model come actress has shown time and time again that she’s not afraid to take on new projects that further her career. From being a fashion model to a film and television actress, Amna Ilyas is heading to the stage in her very first theatre project, Ankahi! An adaptation of the nation’s most loved drama from the 1980’s.

Ankahi centers around the witty and charming female lead protagonist Sana Murad, which Ilyas is slated to play. It’s a story about love sprinkled with comedy in situations many can relate to. Written by Hasina Moin and directed by Dawar Mehmood, this promising adaptation of a nationwide classic is being welcomed on stage for the first time. Amna’s move into her very first theatre project shows us that one shouldn’t be afraid to take on new challenges that develop their talent. We can’t wait to see the magic she puts forth on stage! Scroll down to check out more!

What’s In Store: Bonanza Satrangi Starts The Summer Lawn Season With A Bang!


A web series that’s got everyone hooked, we recently spoke to one of the stars of the hit show “Churails”…


Eid has passed and right on cue wedding season is upon us. The new normal will be smaller more intimate…

In The Spotlight!: Tenerife Cafe Launches Drive In Cinema!


Tenerife Cafe, a fine dining restaurant, is located in one of the posh areas of Lahore, Main Gulberg. It opened…


Deepak Perwani’s adoration for old style icons have been making news with his latest Century of Style series. We decided…

Ready, Set, Shoot!: Bejeweled For Any Occasion With Allure By MHT’s ‘Pearlesque’ Collection!