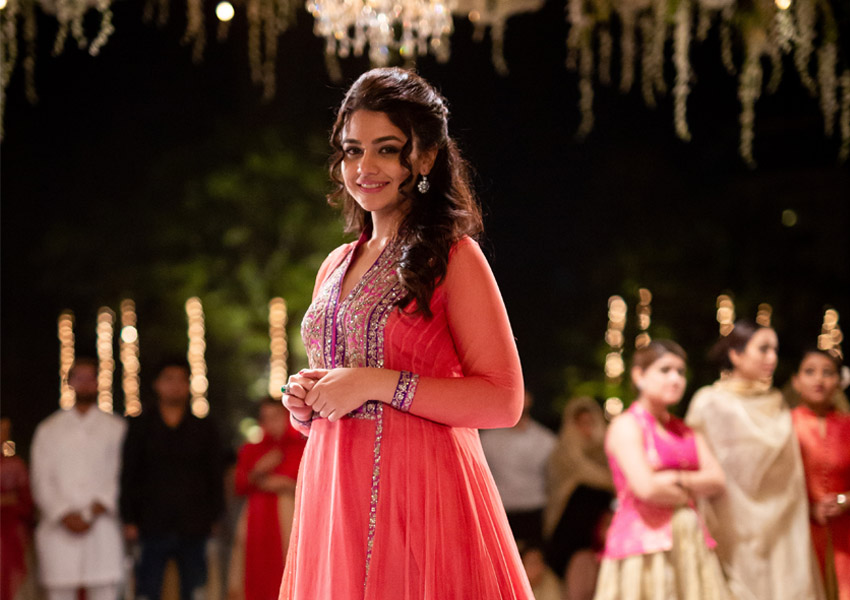 The Secret Word: In Coversation with Umar Sayeed!

When did you know you wanted to become a designer?

I’ve always been attracted to color, nature and the arts. It sounds very cliche but from my youth (bachpan) my uncle told my mother to send me to Paris to study for design.

Did you have any challenges breaking into the industry?

Yes, of course. At the time I started off, there were no design schools, and everything had to be learned from scratch. When I was learning the ropes there were no sources of information except for fashion magazines. There was no Internet, no Google and no Pinterest to take inspiration from. British/Italian Vogue was my bible back then.

Who were/ are your fashion idols?

Many! Namely; Valentino, John Galliano, Karl Lagerfield and anyone of those likes from that era.

The film ‘Parey Hut Love’ which you’ve created extravagant costumes for is set to be released soon – any feelings of nervousness?

Not nervous, but excited and anxious to see my creations on the big screen after months of hard work. I’m more curious to see how would people react to it.

Tell us more about Parey Hut Love – how was your experience curating the costumes? How did you cultivate each look for every character?

Film costumes are very difficult to create. You need to keep numerous factors in mind, specifically the story and characterization. After that, you have to ensure that these match situations and the different shades of the actor in the film. Basically, it’s a very peculiar job that’s an amalgamation of new, current fashion and timeless creations. It’s a piece of pop-culture that will remain on celluloid forever so you need to be very precise and careful.

Mahira Khan adorned a heavily embellished outfit from you for her song in Parey Hut Love (Morey Saiyaan) – tell us about the designing process for that?

First and foremost, I want to inform people that this is not an Indian style outfit but is actually a Mughal cultural costume called ‘Peshwas’. It was invented by the Mughal Empress, Noor Jahan; it evolved from there to our very own Rani Begum who wore it in ‘Umrao Jaan Ada’ and movies like ‘Suraiya Bhopali’.

My aim was to make this look as extravagant as possible, so I made it in 100 yards or more to make it look voluminous and larger than life. First, the cut and fabric were decided, then we focused on embroidery. To keep it light-weight, we made it in cotton muslin but it was still quite heavy. Hats off to Mahira Khan for carrying such a heavy outfit with so much elegance and performing so gracefully in it.

Who have been your muses throughout your career?

First of all, my mother and then all the working women who struggle to balance their personal lives and careers, yet always manage to give in their best.

The brand Umar Sayeed represents opulence at its best, what are some of your hopes in the coming years?

We as a brand will keep trying to continue creating on-trend and unique ensembles that make excite our clients.

Top Ten Anything: 10 Accessories That Caught Our Eye On The Gram!

What’s In Store: Aleena & Fareena’s Latest Collection “Janaan” Is The Perfect Blend Of Trendy And Traditional!