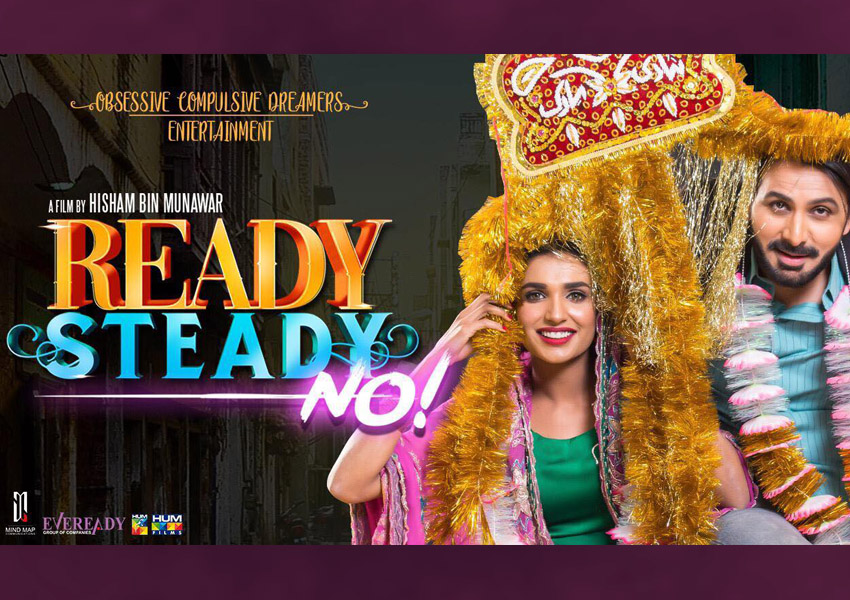 In the Spotlight!: Ready, Steady, No! Keeps Everyone In Fits of Laughter!

The romantic comedy of the summer finally hit theatres nationwide yesterday. Ready, Steady, No! directed by upcoming director Hisham Bin Munawer tells the story of star crossed lovers Faisal (Faisal Saif) and Raziya (Amna Ilyas) who’s parents are against their relationship. They decide to elope and let’s just say, the journey is quite entertaining. You have a comedic lawyer. You have a hilarious moulvi. We’re not going to say too much without giving it away, but let’s just say you’re in for quite a laugh!

Serenading love songs. Haphazard stunts that keep everyone in fits of laughter. A romantic comedy like no other, where during the duration you find yourself on love’s side. The cast of actors had their own spotlight in the film, but what caught our eyes were Amna Ilyas’s killer expressions that garnered laughter in every sense of the word! The versatile actress who now has two films playing in cinemas shows her light hearted, goofy side in this role and it’s quite the treat! This film is fun for the whole family as well as you and your best friend. So head on over to a cinema near you and grab your tickets now! Scroll down to see more!

What's In Store: Insam's Eid Festive Collection Is Out Now!