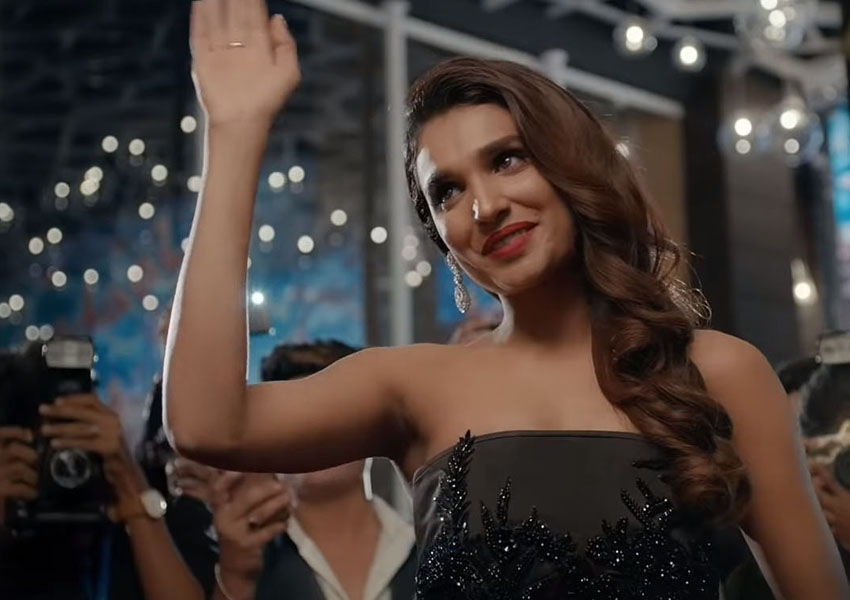 In The Spotlight!: Baaji Leaves Us Speechless!

The much awaited film of the year has finally arrived in cinemas nationwide! We have been teased with sneak peek content from their rendition of age old songs to their action packed trailer! We watched it and let’s just say we would watch it again and again!

The ensemble cast include Amna Ilyas, Meera Jee, Osman Khalid Butt, Mohsin Abbas Haider and many more revered names in the industry. The story revolves around a superstar named Shameera (Meera Jee) who’s losing her ability to continue acting as well as her faith in her talent. She then encounters a simple and positive young Neha (Amna Ilyas) who becomes her manager and offers to help her rediscover her talent. Enter Rohail Khan (Osman Khalid Butt) who plays an accomplished director who unconsciously causes a rift and ultimately brings forth the drama and suspense that keeps us all captivated till the very end!

The character who truly stole our hearts with her dynamic performance and perseverance was Amna Ilyas! This role proved her versatility as an actor, as her character was the most evolving of them all. Amna’s ability to adapt to each scenario and conjure up ways to make her character feel raw and relatable is what truly did it for us! Not only does her character in the film garner sympathy, but it’s also one that reminds us to find the strength within us to remain sincere and on the right side no matter the circumstances.

This film has all the elements that captivate an audience. It has a healthy amount of suspense as well as love and humor. The scenes held picturesque sets and locations that were all curated and designed by Muhammad Murtaza – the film’s creative head. From the gorgeous mansion that’s a focal location to beautiful Shogran in Northern Pakistan. What really caught our eye was of course the flawless styling and attention to detail in each outfit from casual to formal, all done by Anila Murtaza!

Baaji The Film is directed by Saqib Malik. Head over to a cinema near you and grab your tickets now!!