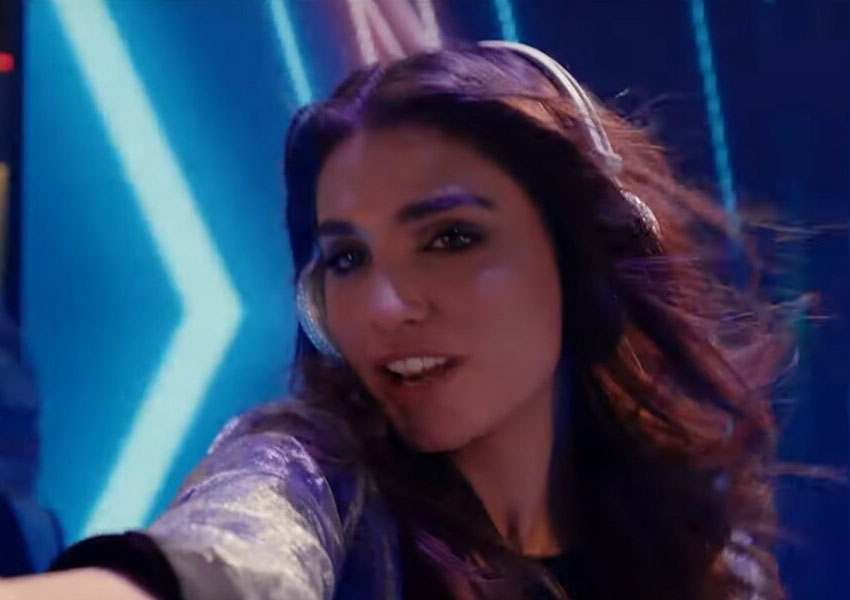 We all have those age old classic songs that our parents or grandparents enriched our childhoods with. A song such as Don’t Be Silly from the movie Sabaq definitely makes the cut. One can remember feeling serenaded by Husna’s feminine charm as her expressions commanded attention and allowed us to impersonate her while listening to the infectious melody. With Baaji The Film making headway for reviving old classics like Yeh Aaj Mujhko Kia Huwa, their newly released glimpse of Khilti Kali (Don’t Be Silly) not only ups the ante, but shows that old school can most certainly gel with the contemporary beat of today’s music. The girl who steals the show from the start of this sneak peek is none other than Amna Ilyas!

The video begins with Amna getting ready to bust a move on the dance floor while making her way to the DJ booth. She sparkles in a silver metallic bomber with a black tee, adding to the club ambiance. Once she starts the song, it’s immediately proven to be the kind that’ll get stuck in your head. Zeb Bagash’s voice has kept the majesty of the original song sung by the legendary Runa Laila intact with a hint of catchy, modernised beats that prove to be an instant ear worm. What we loved is the personality and charm Amna Ilyas exudes throughout this video, inspiring us all to dance our hearts out! When asked how her experience was while shooting for this song, she said,

Don’t be Silly was a childhood favorite of mine. I never imagined that I’d get the opportunity to be a part of such a vivacious reenactment of it. It was truly a nostalgic and thrilling feeling!

Baaji The Film is set to hit theatres nationwide on June 28th! Scroll down to see the video!

Our Top 10 Celebrities That Slayed On Eid!

What’s In Store!: Azure’s Enchantingly Beautiful Pieces Are Must Haves!