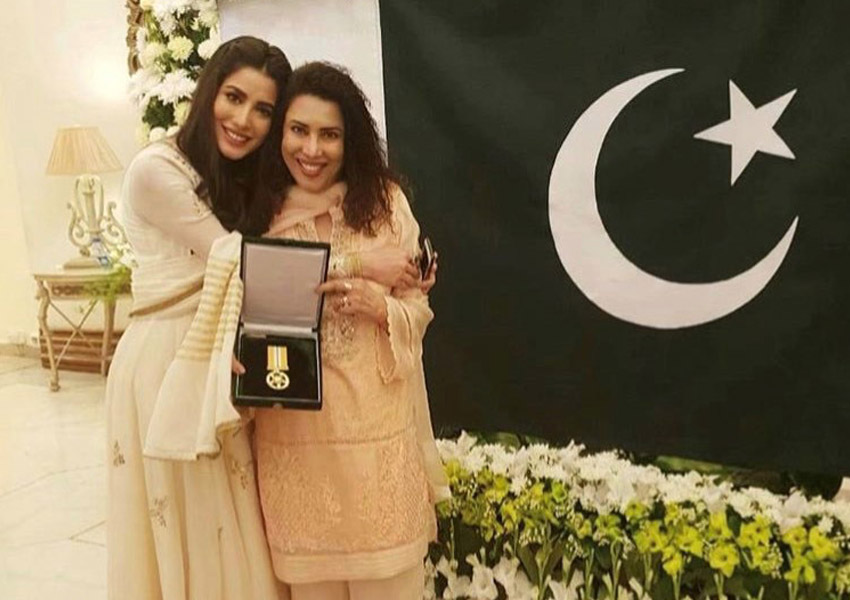 In the Spotlight: Mehwish Hayat decorated with Tamgha-E-Imtiaz on Pakistan Day!

On the 23rd of March, Mehwish Hayat received the prestigious Tamgha-E-Imtiaz award presented to her by the President on the annual Pakistan Resolution Day ceremony. She gained the award for her services to the industry which include her blockbuster movies Punjab Nahi Jaungi, Load Wedding, Na Maloom Afraad and many more!

She adorned a gorgeous outfit from Zaheer Abbas which oozed tradition as well as elegance.

It was subtle yet loud in the best way. A day after receiving the award, Mehwish uploaded a picture of herself with her mother who she calls her biggest inspiration.

In the caption, she described her journey from being a curious 8 year old girl going to the PTV studio with her mother, and how that planted her dream of being an actress. Mehwish’s accomplishment is a testament to dreams coming true, if one believes and works hard enough to get there. Congratulations Mehwish! You deserve it!

Style Notes: TOP 10 Wedding Wear Looks From This Season You Need To See!