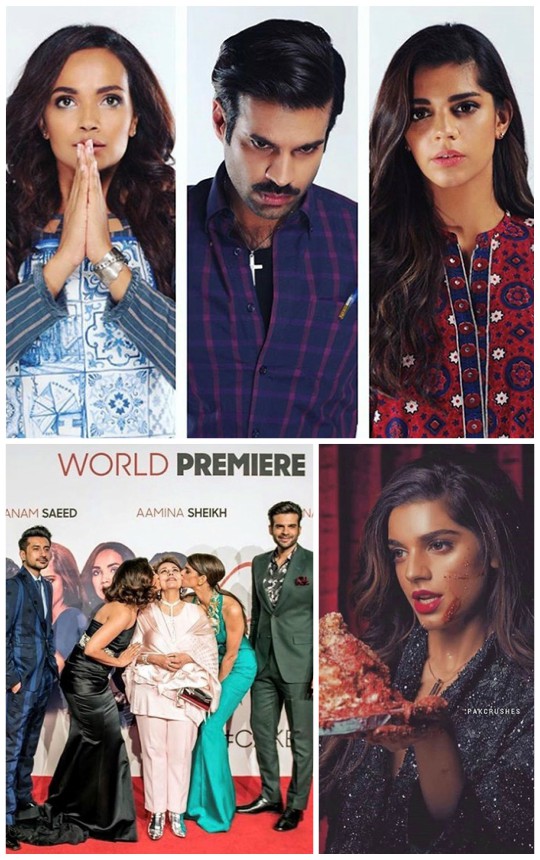 The Secret Word: The Cast of Cake Give Us A Slice Of The Film!

For months, Pakistani’s have been working up an appetite to dive into the masterpiece that is Cake The Film. From seeing promo’s of the film to eventually the trailer, the audiences have been receiving little nibbles, leaving them hungry for more! We sit down with the actors Amina Sheikh and Sanam Saeed, who are joined with the director, Asim Abbasi and stylist Samiya Ansari from Swear Upon Coco, as they bring out a huge slice on what’s to come! Scroll down to read more! 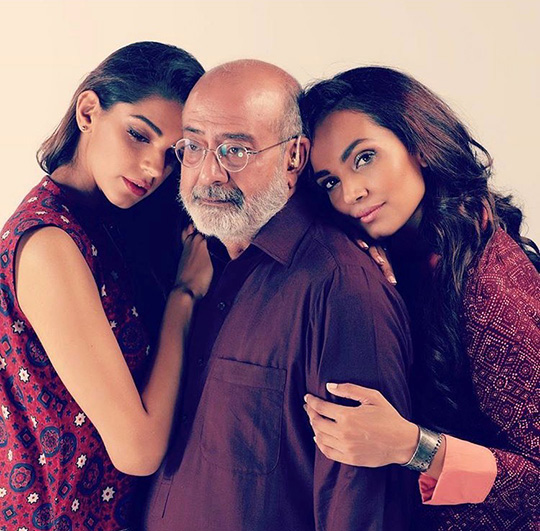 What about the story and script for the film really caught your attention?

Aamina: I think it was the the preciseness of the dialogue. The dialogue was compact but it said everything that needed to be said in an interesting way. The flow of the story really caught my attention, so much so, that when I received the script I was captivated. Each character had a presence and a backstory.

Sanam: Our answers will all be the same! The flow and the arch of emotion, as well as the reliability. I felt like it was my family.

The movie is all about families and their dynamics: would you say it relates to everybody’s life?

Aamina: Our first influence is our family. When we’re born, whoever we have around is an influencer. That’s the nucleus of our lives. No matter what background you’re coming from or whatever experiences you’ve had in the past, that’s something we all share. 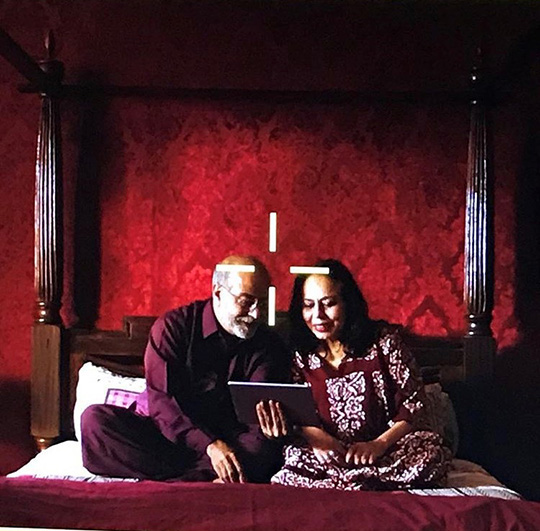 What was your favorite location to shoot?

Sanam: I love the last scene where the whole family goes to the lake, so I suppose that location would have to be my favorite.

Together: We all agree. The location was scenic and absolutely beautiful.

What went into creating set design?

Asim: That was mostly me with Arish Hashmi, the fashion designer. Mo, the DP and the Art Director was also involved. It was a team effort. We basically sat with the entire script and we kind of gave colors and themes to each character and location. We shot a lot in London, even though it’s included in a small portion in a film. We wanted to show the grey, overcast London instead of the vibrant London. In terms of houses in Karachi, we wanted to play with the ideas of heritage, so we kept it within greens and browns. When the family comes together during the climax of the film, it happens in Interior Sindh which was all reds and very bold choices. It was extremely deliberate! 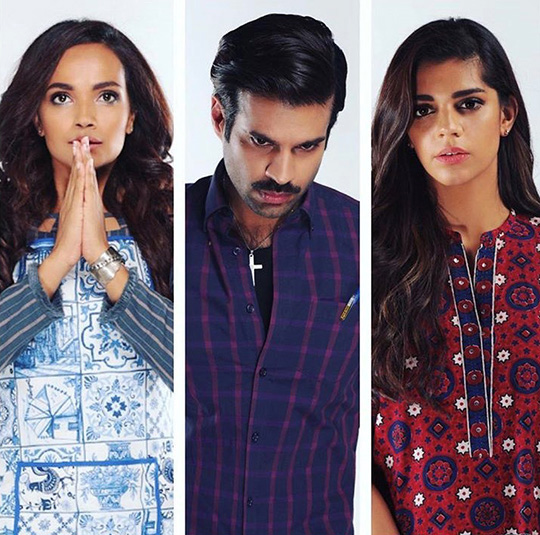 Who would show up late to set?

Everyone was pretty on time. The maximum it would be would be about 15 minutes late.

Asim: You hear horror stories about actors showing up late to set. Fortunately for me, I didn’t have that issue with anyone from the cast.

Who was the prankster on set and what was the funniest prank you can think of?

Sanam: The crew pranked each other a lot more. In my opinion, there wasn’t enough time for pranksters on set as we were all on a very tight-knit schedule accompanied with high intensity and emotion.

Samiya: But there was one thing where Sanam was shooting on the road, I was inside waiting and there was this single bed where I was lying down trying to take a nap. These guys decided to pretend that Sanam tore her clothes, so they barged in and announced WHERE’S THE BACKUP? Sanam tore her clothes! I was freaking out and I went outside to see the damage, and that was when I fell right into the prank! We did some prank with lizards too as one scene did include one. 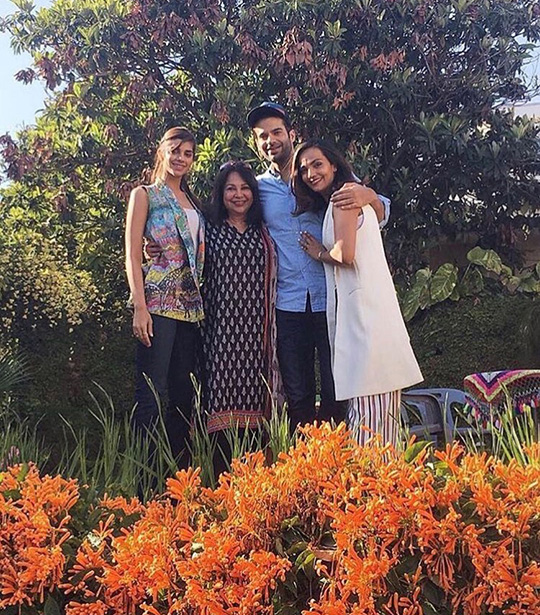 Which one of you was the diva?

Who would you say is your favorite actor that inspires you?

Aamina: Marion Marshall. In our film, my favorite is Mohammad Ahmed was phenomenal. He had to change the most in terms of his dialect and demeanor. 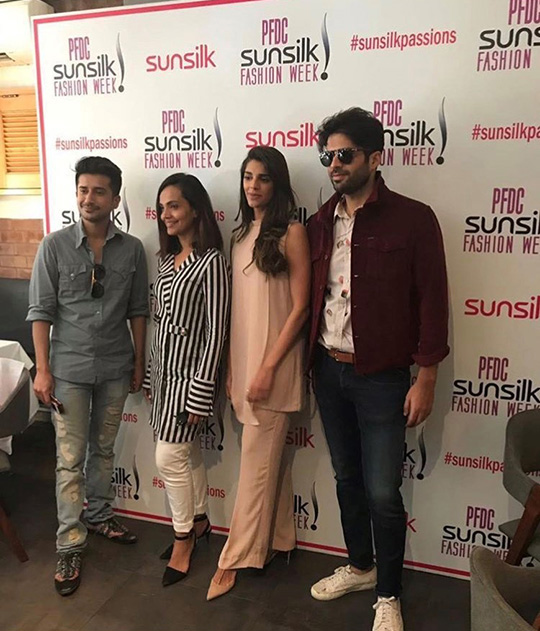 Your most memorable moment shooting?

Aamina: I fumbled in the fifth section of the one take. Basically one take was twelve minutes long, and on the eighth minute I fumbled and I tried saving it but I couldn’t!

Sanam: We had to take six takes for her highness! This scene was the most intense part and we only had one take!

Who did the outfits and how were they styled?

Samiya: I worked very closely with Asim and Araj, and after they finalized the color palette of the entire film, we were all on the same page as we shared the same image of what this film would look like. For example, Aamina’s character was a very certain way and Sanam has a different background. So we looked at styling according to what kinds of day’s they lead and what job’s they do, and what people they deal with. We designed and customized shoes for Aamina, and she also wear’s a locket which gives a lot to the film. It’s the small and hidden things  that were given a lot of thought. There’s a lot of symbols that each character wears in their outfits.

Asim: They weren’t simple choices. Every character was given a full styling. 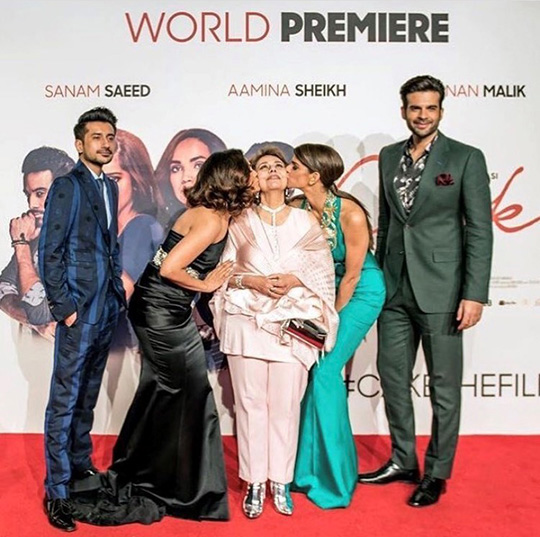 Sanam: All our favorites have to be Mrs. Munawar’s cake! The delicious sponge cake drowned in milk and cream, with fruit and chocolate! To die for! 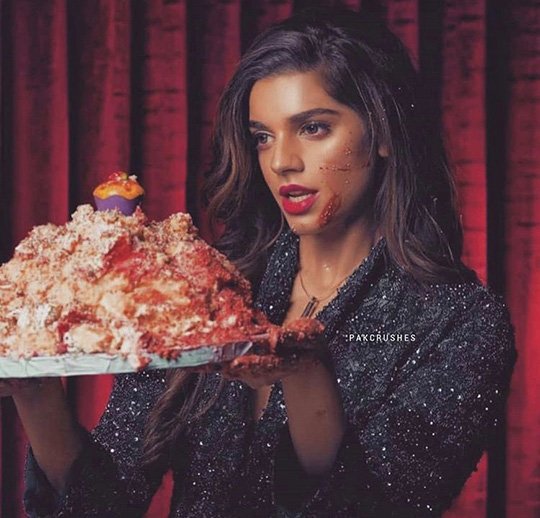 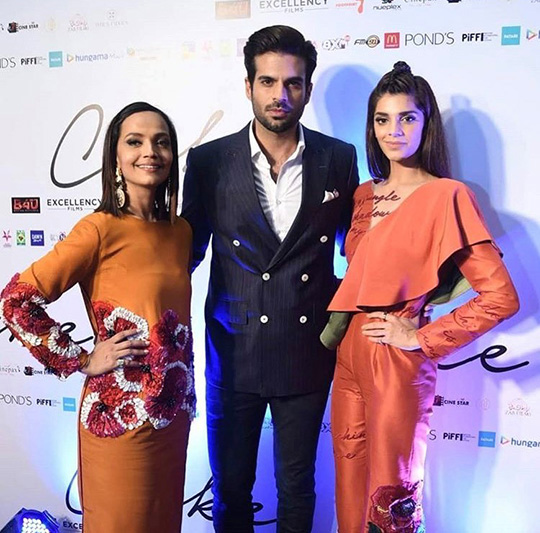 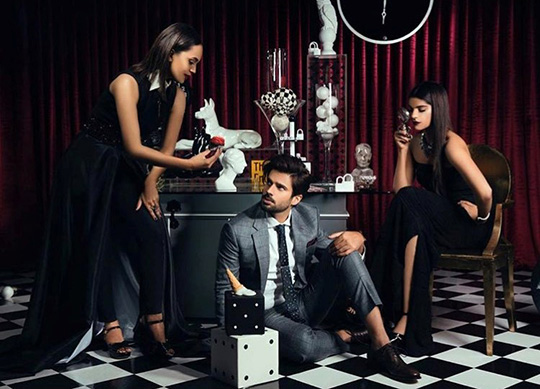 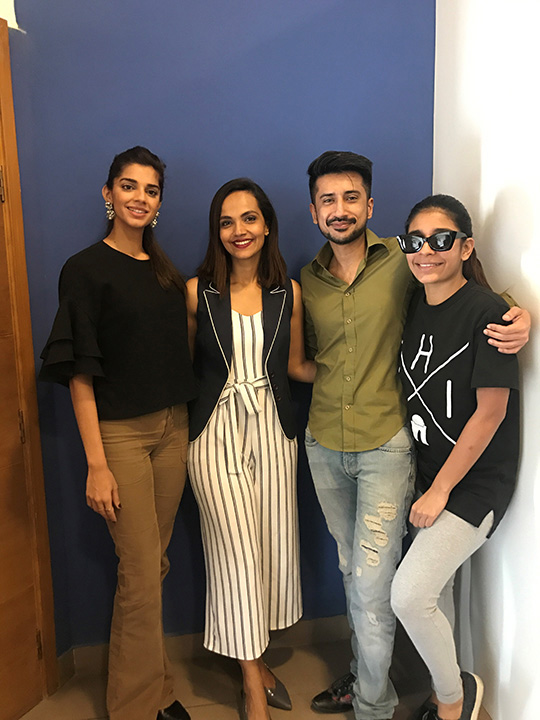 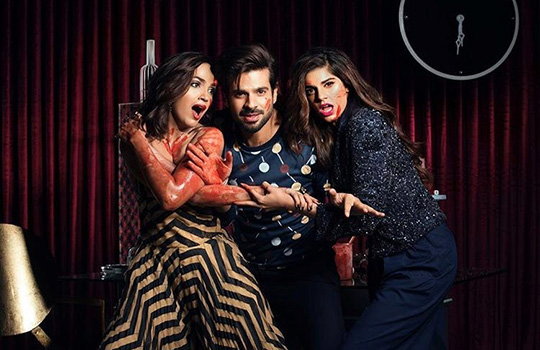 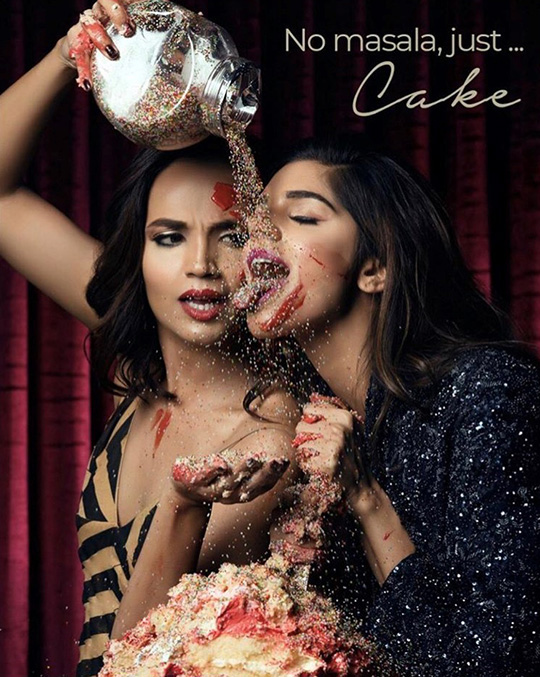 What’s In Store: Aleena & Fareena’s Latest Collection “Janaan” Is The Perfect Blend Of Trendy And Traditional!