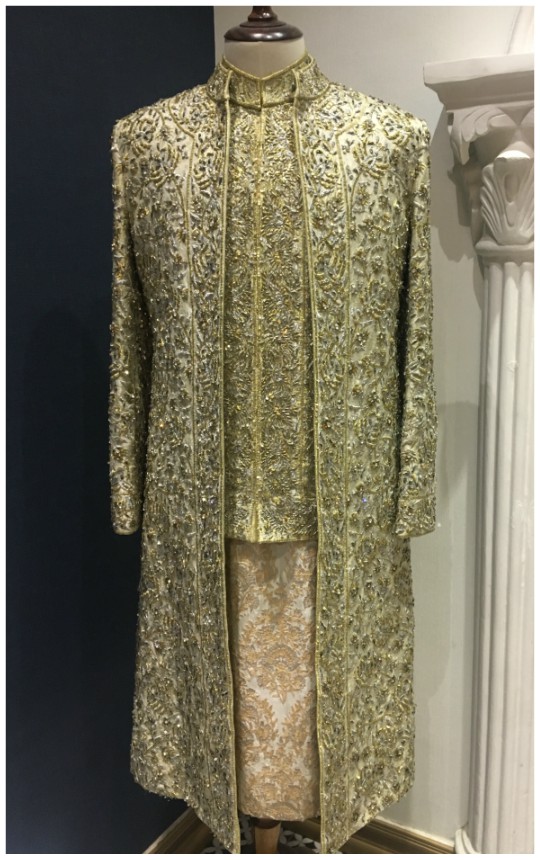 A house hold name within the fashion industry; Nomi Ansari’s brand has always been a power house that creates fun, vivacious designs that bring together Pakistani culture and fashion beautifully. With a passion for colors his clothes always bring a sense of beauty and joy all wrapped in one gorgeous outfit. His effortless ability to create vibrantly feminine ensembles elaborately worked with detail has made him one of the most sought after brands in the country. We sat down with the designer to discuss his latest endeavor with his fashion film ‘Qabool Hai’- featuring a myriad of drool worthy bridal ensembles just in time for the festive season; check out the interview and studio tour with Nomi Ansari below:

What was the inspiration behind the looks created in ‘Qabool Hai’ the fashion film?

Nomi: So this year we thought we’d do a very nice fashion film because what you usually see is a very depressed, dark, slow and hazy scene- I wanted to come up with something which enhanced our culture, the little festivities we do during the whole wedding season. Things people can get inspired by, girls can get excited over, things that people see and they say to themselves that they want to do their wedding the same way! So I wanted to do something along these lines and I think we pretty much achieved it so the whole idea was to show a mayun, mehndi and a shaadi and a nikkah but of course we couldn’t do all that; we did it in two and a half minutes so we teamed up with Coca Cola, Hamna Amir as a our jewelry partner, we had a stylist on board- Aneela Murtaza and Nabila’s team doing hair and makeup and Ali Rehman and Sana Javed as talent so it was pretty exciting! 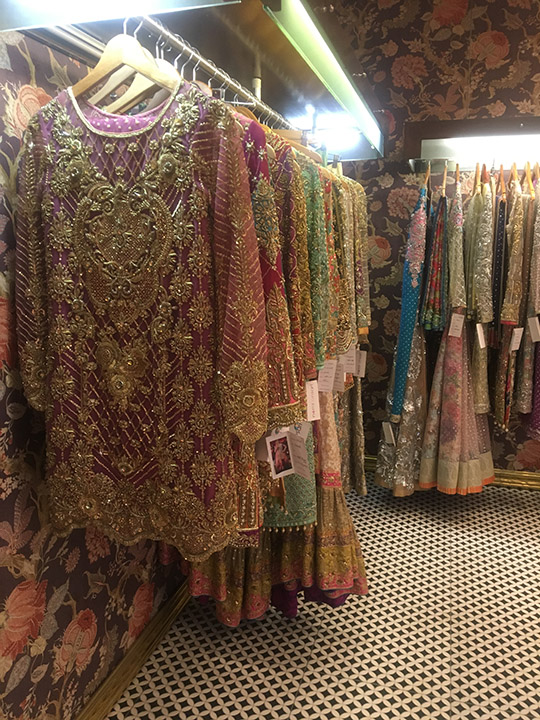 Why did you choose Ali Rehman and Sana Javed as the main characters in the film? 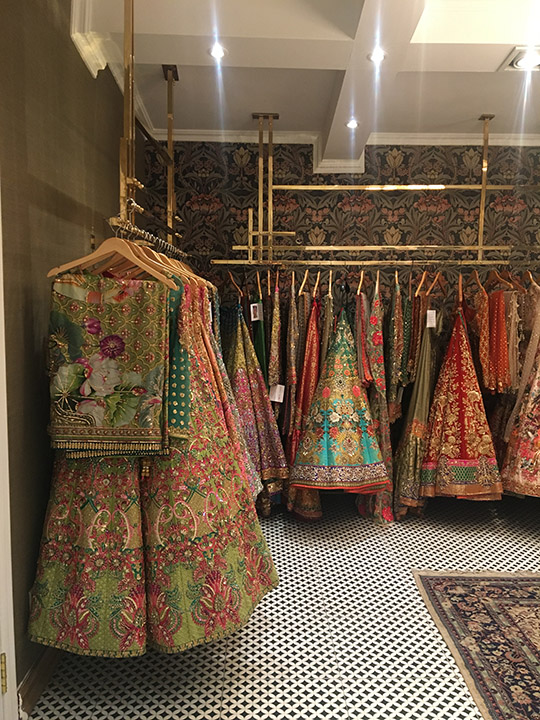 What was the concept behind the main characters outfits?

Nomi: See, Nomi Ansari as a brand is known for creating looks with vibrant colors and our panel skirts and our lehnga choli’s are very famous among the younger crowd especially. The inspiration was just the upcoming wedding season and nothing else! 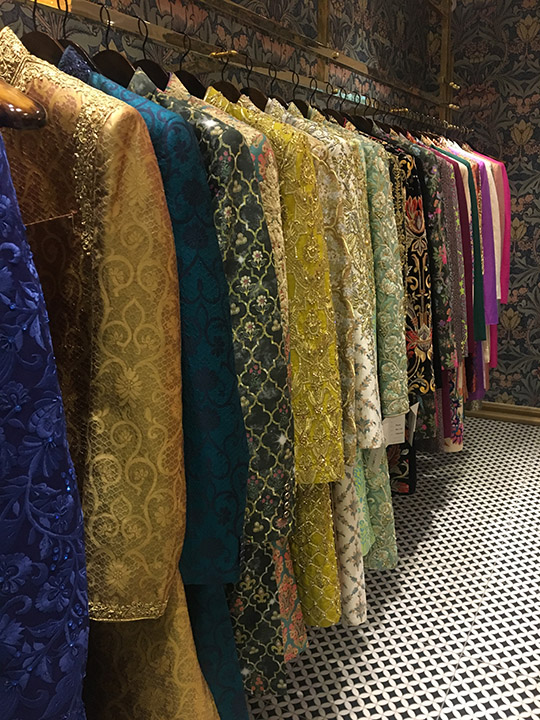 How long did the whole design process take for this?

Nomi: About three months. yeah we’ve been working on it for three months and when it came to the music i wanted to use something that’s more Pakistani and nothing else and i wanted the whole ‘Qabool Hai’ theme to come out and Coke studio was perfect for this. 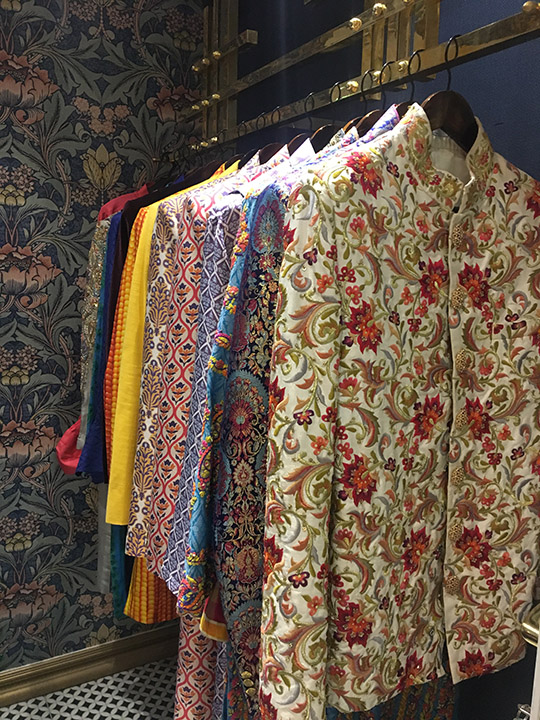 Any funny behind the scene moments during the shoot?

Nomi: There were many moments, i was screaming my lungs out throughout the shoot- because we were shooting at TDF House which is partially a museum;  a heritage property. People were eating, smoking, throwing biryani on the floor and me being me and very OCD I had to scream and yell at them. But people were quite nice, everyone had their patience tested for those few days. A funny moment; when we wrapped up the shoot everyone was really relieved I wouldn’t be yelling at them anymore! We wanted to take a picture with the entire cast and crew but everyone ran away as if they just got off from school so that was funny. 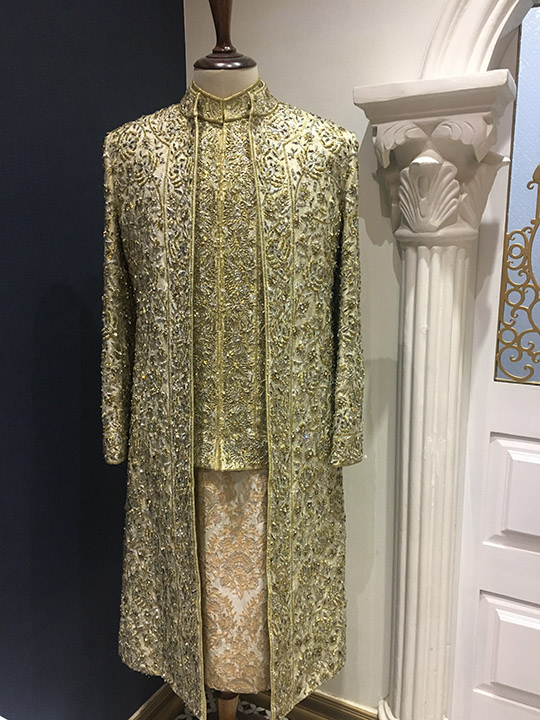 Did you have a hand in designing all looks for the film- including extra’s?

Nomi: Yes, we had about forty extra’s we had makeup artists, cleaners, cooks, chef’s so yeah we did looks for everyone. We had a lot of clothes from the old collection in the back ground. 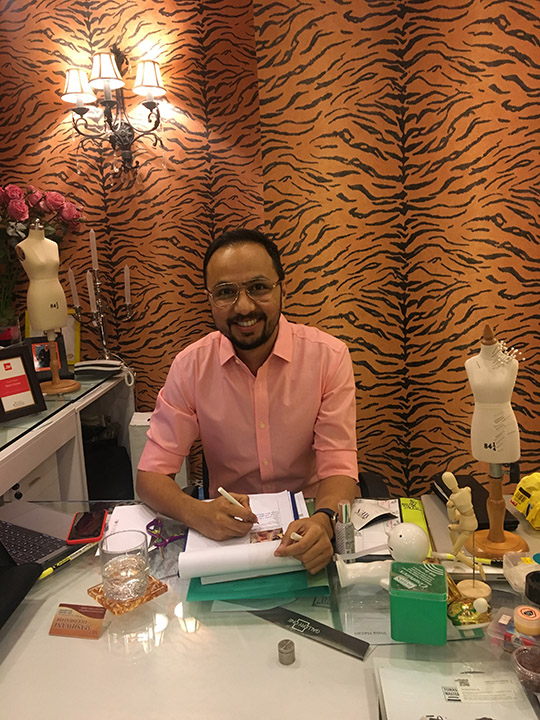 How do you think people have perceived the video in terms of public opinion?

Nomi: The video now has more than 1.4 million views on Facebook so I think that speaks for itself. But what I think people love about it is that it’s happy, it’s fresh, people look nice, everything in the video was very wearable it’s something that is practical. It’s a Shaadi- it’s fun it’s a happy moment, it’s lively and festive and that’s what people like about it and every age group likes it- men and women both. We have a history of setting trends- we’ve been doing it for years and we’ll keep doing it!